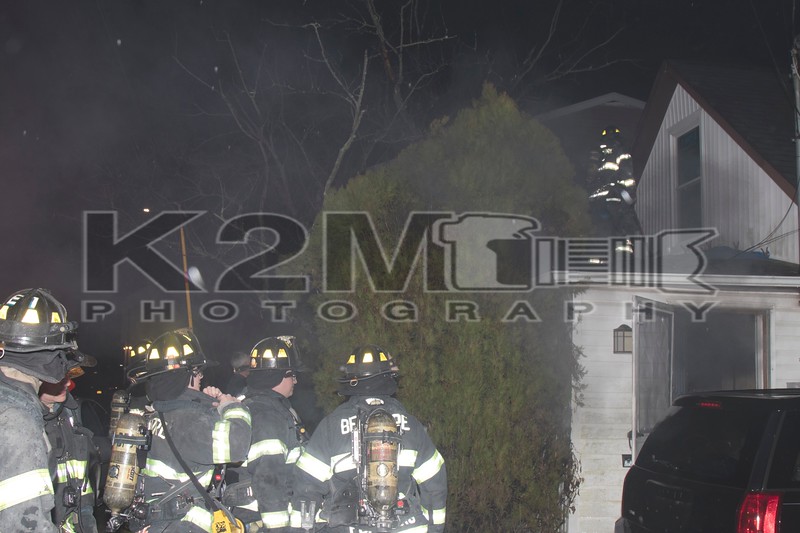 
On the night of Monday, February 10th, 2020 the Bellmore Fire Department was dispatched to a house fire on Alder Road in the dead end off Bellmore Avenue. As fire department units were responding they were advised that there was kerosene in the house; however, it was unknown if that is what’s on fire. When firefighters arrived on scene, they were met with smoke showing from a one and a half story private dwelling. Firefighters located fire in a bathroom on the first floor of the residence. A signal ninety-eight [smoke showing] was then transmitted. North Bellmore was designated the FAST for the operation and responded to the scene with Ladder 658. Merrick responded to the scene with Ladder 6411 as a working truck. Firefighters stretched two hand lines and put one of them into operation. The fire was quickly knocked down and did not extend past the original fire room. The cause of the fire is under investigation.

Click here to see the rest of the images from K2M Photography’s gallery, Alder Road [2-10-20].