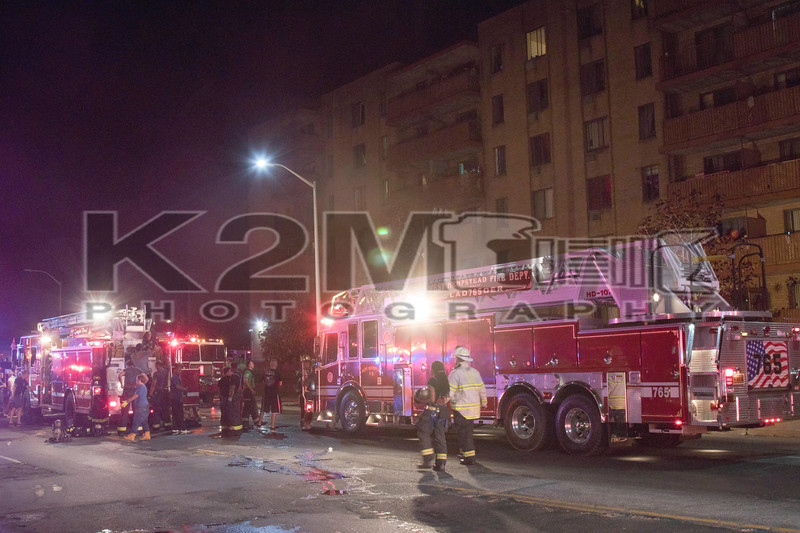 
At 23:28 hours the Hempstead Fire Department was dispatched to a reported apartment fire on the fourth floor of 380 Front Street off Washington Street. Moments after the first fire department units arrived on scene a working fire was transmitted after firefighters confirmed the apartment fire on the fourth floor. The fire went on to reach a second alarm equivalency and various departments were notified for mutual aid. Among these departments were East Meadow, Uniondale, Roosevelt, South Hempstead, West Hempstead, Franklin Square, Lakeview and Rockville Centre among others. Firefighters were able to make a quick knockdown by hooking into the building’s standpipe system and with help from it’s fireproof construction. The cause of the fire is under investigation and at least two civilians required medical attention during the operation. All fire department units were under the command of Hempstead Assistant Chief Clark.

Click here to see the rest of the images from K2M Photography’s gallery, Front Street [7-19-18].