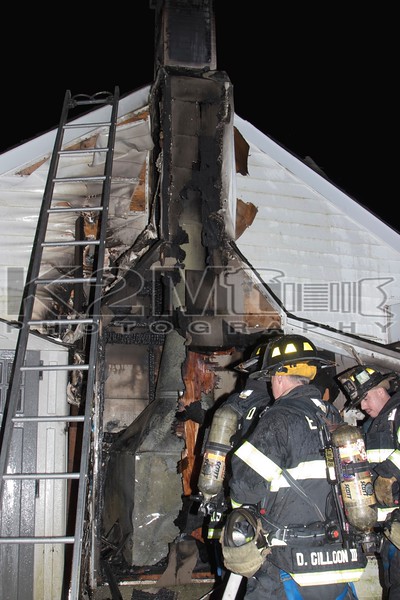 
On the night of Wednesday, April 10th, 2019 the Oceanside Fire Department went to the Nassau County Fire Service Academy in Bethpage for department operations. Standby units were put into place while Oceanside units were out of the district. Around 20:30 hours the standby units [Rockville Centre Engine 442, East Rockaway 404, and Inwood Ladder 313] were called to smoke in the area on 3rd Street off Mott Street. This call was followed by a phone alarm reporting a chimney fire at a home on 3rd Street. When firefighters arrived on scene, they found fire in the wall on the number three side of a one-story setback behind a two-story private dwelling. A signal ten [working fire] was then transmitted. Two hand lines were stretched and put into operation to extinguish the fire. Additional mutual aid called to the scene was Freeport Engine 215, East Rockaway Ladder 403, Island Park Ladder 223, and Baldwin Ladder 2. The scene was placed under control within twenty-five minutes. The cause of the fire is under investigation and all fire department units were under the command of Rockville Centre Chief of Department Brian Cook [4401].